Join the forum, it's quick and easy
LunaticAION
Important !

I don't want to annoy or offend anyone especially the creator of the banner but I think it's a bit too large and it's pretty much ruining the "forum's design".

If you want to change it i could make some "templates".

Again I don't want to offend anyone it's just a suggestion.

~Have a nice day.

EDIT: I've made a "2 minutes of work banner" i'd like to hear some opinions

**********The banner is longer the forum doesn't allow it to be entirely posted.

EDIT 2 :I've just tried it on the forum page it looks "unusual" but it's worth imporving it. ^^ 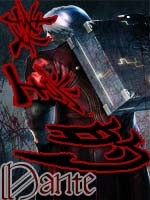 it nice we will think about that

We won't think about that. You can help us with that

Haha ^.^ I will gladly help you but making a banner which is "stuffed" and stylish for this kind of forum is a bit hard tho.

Well when you finish it, announce us here.

These are just some more templates but tomorrow i will make a new style banner and i'll add it here.

EDIT: I don't have anything new yet on the banner also i've seen that you've used the first one i've put here and i'm really glad ^^ , I don't quite have time to make another banner because lately i've been busy with "stuff".